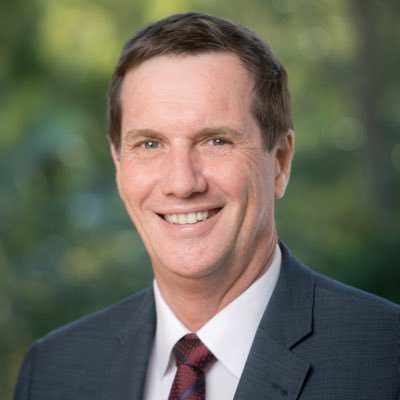 Today, Queensland’s embattled Mines Safety Minister Anthony Lynham has announced he will not be recontesting the seat of Stafford at the October 31 election.

Dr Lynham said: “It has been an honour to serve as a Queensland Labor MP. As I told Parliament, I cannot maintain my medical registration as a doctor and give 100 per cent to this job. And the people of Stafford and Queensland deserve 100 per cent.”

Last jobs for Minister Lynham on mine safety

More solar on the way for Queensland’s remote communities

QRC Chief Executive Ian Macfarlane said: “On behalf of the 372,000 Queenslanders working in or because of the resources industry across the State, I want to thank Dr Anthony Lynham for his service as Minister over the last five years.”

“Dr Lynham entered politics to prevent the tragic loss of young Queenslanders to one-punch assaults, but he has achieved much more than that important achievement.”

“For the resources industry, he oversaw key reforms to reinvigorate mineral and gas exploration, the further development of our gas and critical mineral reserves, and he worked with industry to improve the conditions for the coal, mineral and gas industries to invest more and employ more. This work is ongoing.”

“For the QRC, as the State’s peak representative body for coal, metal and gas explorers, developers and suppliers, Dr Lynham was a partner that understood the issues and opportunities we presented on behalf of the resources sector.”

“For me personally, Anthony is a trusted friend and a man of integrity and intelligence. Anthony leaves very big shoes that the next Government will need to consider carefully when filling.”

Dr Anthony Lynham is the second government minister to resign in less than a week, after Disabilities Minister Coralee O’Rourke also announced an end to her political career.

Dr Anthony Lynham was elected as the Member for Stafford in 2014.

Before entering Parliament as the Member for the Brisbane seat of Stafford in 2014, Dr Lynham worked as a maxillofacial surgeon. Dr Lynham is an Adjunct Professor at QUT and an Associate Professor at the University of Queensland (UQ) School of Medicine. Upon his election in July 2014, he served as the Shadow Minister for Education, Innovation, Science and Information Technology, Shadow Minister for Primary Industries and Fisheries, and shadow spokesman for the public service assisting the Leader.

Dr Lynham graduated in medicine from the University of Newcastle and completed his maxillofacial surgery training in Queensland. He is a fellow of the Royal College of Surgeons of Edinburgh. He worked most of his medical career at the Royal Brisbane and Women’s hospital and is part of a research team at Prince Charles Hospital. Dr Lynham also served in the Australian Army.