According to to the NSW Mine Safety regulator “Under the new TRG, in-service testing of self-rescuers can be carried out up until the manufacturer’s recommended service life, whereas under MDG 3609 units had to be discarded in years 8 or 10 depending on the type of apparatus.”

“This change aligns with the United States approach where a service-life plan – reviewed and certified by the Mine Safety and Health Administration and the National Institute for Occupational Safety and Health – must be provided to the purchaser specifying the maximum number of years the unit may remain in use” the regulator confirmed.

A new escape breathing apparatus design order, which references the new TRG, was published in the NSW Government Gazette of 9 October 2020.

Self Rescuers recalled by Mine Safety Regulator

Under the design order, manufacturers of Escape Breathing Apparatus and Self rescuers must have the products tested by the Mine Safety Technology Centre or an approved NATA Lab. All test facilities must be independent to the designer, manufacturer or supplier of the equipment

The suppliers of escape breathing apparatus must not release products to the mining industry until a certificate of compliance for the approved/certified rated duration has been obtained.

The regulator has re-inforced “Where a supplier intends to sell units of a particular model made in a particular year and does not already have a certificate of compliance for these units, the supplier must submit at least 1% to a test authority for examination and testing. The testing authority must issue a test report and may issue a certificate of compliance to the supplier.”

The NSW Mine Safety Regulator has also published a fact sheet that provides information about a mine operator’s obligations to ensure breathing apparatus is maintained in good working order to minimise risk to the user and how this requirement can be met through maintenance, examination, and testing of in-service breathing apparatus. 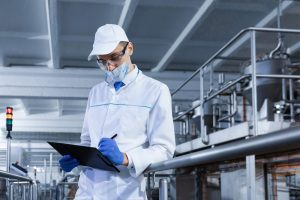 Flame-Resistant Face Coverings Made with Nomex® 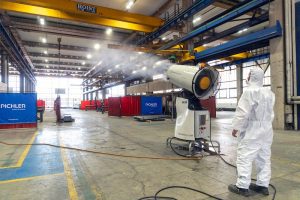