AMSJ » Nothing to see here in Queensland mines 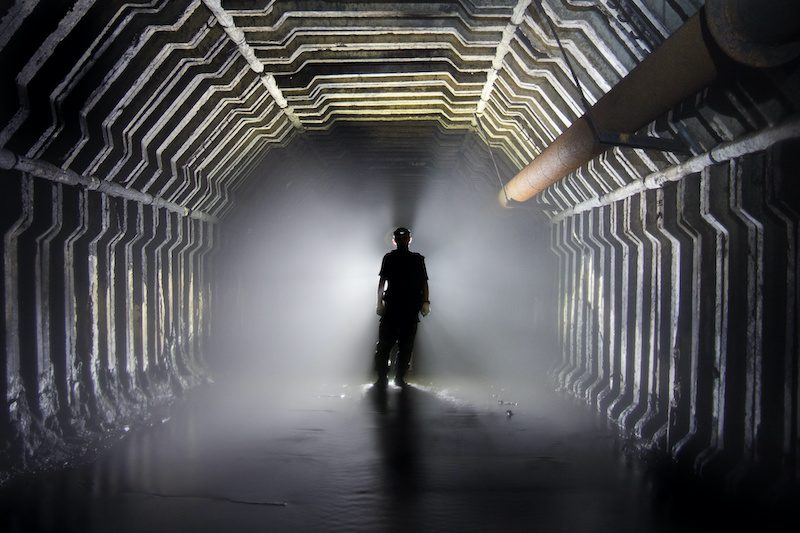 The Queensland Coal Mine Inquiry is peeling back a range of factors related to the Grosvenor Coal mine incident. Some should alarm underground mine workers, mine operators and the Queensland Government – who seemingly have continued to fail to learn from the past.

As the inquiry shaves back the stubble on the Queensland industry’s mine safety ‘face’, I have to say that while there are few snippets of new info, the vast majority of revelations have now been visible to those in mine safety circles for decades. It seems that the more things change the more they stay the same.

There’s nothing new here in Queensland mine safety! We’ve got it all together….right?

The inquiry is examining the serious accident at Grosvenor mine on the 6th May 2020, and determining the nature and cause of that accident. It will also inquire into various methane exceedances at Grosvenor and Grasstree mines and a single exceedance at each of Moranbah North and Oaky North mines.

It is becoming increasingly apparent that we have failed to learn from the past mistakes made immediately prior to a range of mine disasters and serious incidents in the Queensland coal mining industry. We have clearly descended into a pit of ‘normalisation’ of gas exceedance incidents and, have accepted that they’re part of the industry making its buck!

The rhetoric from testamentary evidence provided to the Queensland coal mining inquiry by the mine safety regulator, union officials and indeed those responsible for safety is emotionless drab, colourless and bromidic.

“We look at this, we look at that, we have “visible felt leadership” we have “critical control monitoring” in place. We implemented the best technology…we “consulted with the workforce”

A fatal gas outburst | The Collinsville Mine Disaster

It’s all been said before. Time and time again Governments, and those who profit from mining operations, seek to divert attention from the reality that men die when critical hazards in underground coal mines are not managed.

As far back as 1844, a UK mine exploded killing 95 men and boys. The government of the day, like the Queensland Government, were seriously embarrassed by the disaster and the growing public anger resulting from the outcome of an inquiry. What did they do? They resorted to a political manoeuvre to avoid serious political consequences. They tabled a report by experts to shut down the conversation.

Of course, we’d never see that happen in Queensland would we…we wouldn’t seek to reference to acclaimed Brady Report at an inquiry as a means of enlightening our resolve to finding technical solutions to our problems.

Messrs Charles Lyell and the acclaimed Michael Faraday, in recommendations to the UK Government on the UK 1844 Haswell Mine Disaster wrote: “It will not be thought surprising that, in thinking of the means to preventing such calamity in the future, we should turn our attention almost exclusively to it.“

“The first idea is to ventilate the goaf. If a shaft could be sunk over the crown of the goaf, it might perhaps carry away all the methane.”

Are we just doomed to repeat the mistakes of the past?

Maybe the industry is just doomed for critical safety failure because we simply have lost sight of the emotions that follow a disastrous event. These emotions initiate heartfelt responses that create industry drivers for change. They aim to ensure that disasters can never occur again… until we no longer feel these emotions.

If the emotions that follow a disaster are forgotten by the industry, we will struggle to implement the fundamental changes that stop us replicating past mistakes.

Speak at length with the likes of the late John Brady, the late Jan Oberholzer, Frank Windridge, Ray Parkin, Ron McKenna, Greg (Dallo) Dalliston or Stu Vaccaneo to name a few…you will understand.

Many can still recall the smell of charred bodies in an underground coal mine.

But as the knowledge and experience of the ‘old guard‘ becomes an ethereal past world, the new guys want to show their prowess and rely on technological solutions to bring about change.

The problem may just be…that by not being jolted into action by the stench of a past disaster..they may never have the impetus to drive real safety change in the industry.

The Coal Mining Board of Inquiry continues….

Does freedom of speech exist in the workplace?
MCA proud to be leading on safety and sustainability
Comment