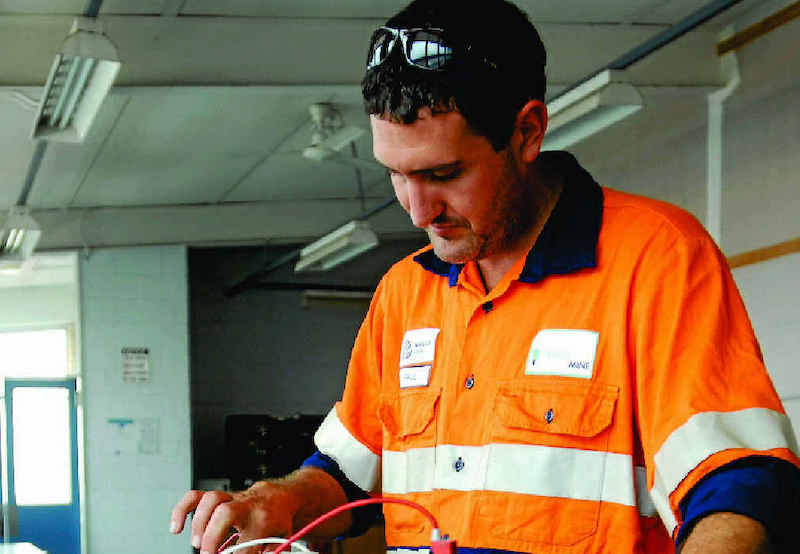 The coronial inquest into the death of mine electrician Paul McGuire has heard from a former Anglo Coal Ventilation Officer, Mine Electrician and Mines Supervising Officer regarding the circumstances of Paul’s tragic death.

On 6 May 2014, Paul was asphyxiated after being overcome with an irrespirable atmosphere while calibrating gas detectors underground at the Anglo American Grasstree coal mine.

Yesterday the Coroner heard from former Ventilation Officer Garth Zerner who told the hearing about conditions at Anglo’s Grasstree mine.

“When I first went there in 2006, by my standards I wasn’t terribly impressed by the number of things that I saw, I believe that the culture had certainly changed by 2012 and was being driven. It was being driven by upper management.

Mr Zerner was asked by Mr Peter Roney, Counsel representing Anglo Coal “Was it common to find that there was no formal training for people that had done apprenticeships, they had been brought through the apprenticeship system, tradies had taught tradies?”

The hearing went on till late yesterday evening with several questions asked regarding why the mine seal was incomplete and the subsequent efficacy of the seal and ultimately why personnel could access the area that should have been isolated in the mine.

Counsel Assisting the Family of Paul McGuire asked Mr Zerner “Subsequent to Pauls death what changes have been made in relation to changes in the sealing of hatches?”

Mr Zerner replied “Every Hatch that’s built will have a lockable mesh door in it and that mesh door will have a lock that only the vent officer and mine manager will have a key for. Normally there are hard barriers 10m away from the seal. These changes occurred 1 day after the incident. I did a job 18 months later and it was the same.”

This morning the court heard from outbye electrician Scott Adams and Jason Fairweather who now works at Oaky North mine regarding the details in the leadup to the death.

Anglo’s legal team have pointedly asked a range of questions to witnesses regarding training and competency at the mine. Specifically targeting what “is known” and “what should be known” by competent personnel working in mines.

The line of questioning may be relevant in Anglo’s future position in the case…one that might seek to blame the deceased worker for his actions rather than the organisation’s management and control systems associated with fatal hazards.

An Anglo Counsel representative asked, “In terms of you learning how to calibrate the sensors, how did you learn to do it?” Scott Adams replied, “From tradesmen, I was an apprentice when I was first taught.” Counsel replied, “From your experience is that how electricians in underground mines, is that the normal way they learn?”

Counsel asked Mr Adams “Do you know much about hatches and seals in a mine?”

Mr Adams replied “Stay away from them, it is for purging the goaf”

Mr Adams “they are not designed for human access”