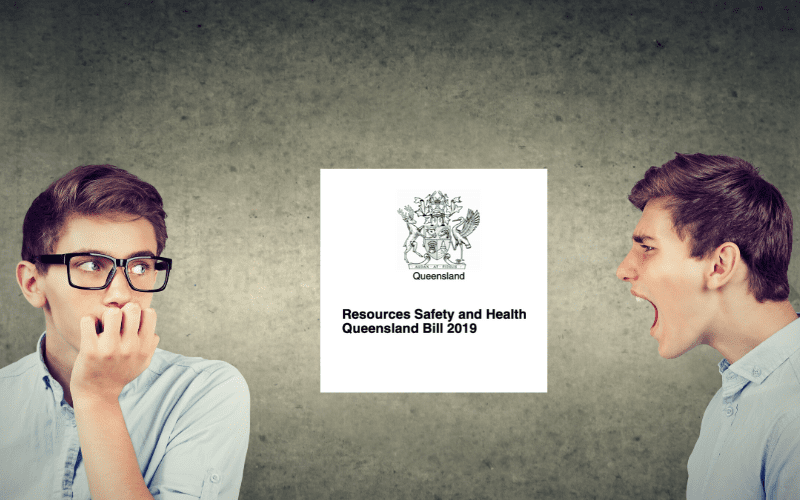 The Queensland Minister of Natural Resources, Mines and Energy, Dr. Anthony Lynham has tabled the Resources Safety and Health Queensland Bill to be approved by the Queensland Parliament.

The Bill is expected to be passed when the Queensland parliament sits in early February. The new legislation provides for the establishment of an independent regulatory body to oversee safety the Resources Sector in Queensland

The Bill has received mixed reactions from Queensland stakeholders with the Queensland Resources Council raising concerns in a public hearing in September 2019 over the ‘proper analysis of the costs and benefits of the bill was not provided, particularly with regard to the creation of Resources Safety and Health Queensland. The QRC has consistently called for a Regulatory Impact Statement that clearly outlines the justification for what is proposed in the bill, as well as an estimate of the costs and benefits of this and any alternative approaches.’

Costs to run safety and health in Queensland may not change?

The Committee seeking public consultation has indicated that the ‘public cost’ to run the new Resources Safety and Health Queensland would be similar to those costs incurred in running the activities within the department….approximately $1.5Million per annum.

However, the resources safety and health branch within the Department is primarily funded through safety levies placed on industry amounting to around $36 million per year (FY 2016-2017).

The Queensland Department of Natural Resources Mines and Energy, in a report, said that “The revenue from the safety and health fee fully funds the coal mines, mineral mines and quarries, and explosives inspectorates; funds approximately 50% of Simtars activities; and partially funds business strategy services and corporate support costs of the Resources Safety and Health Division.’

Some not entirely convinced on the public interest benefit

While the Resources Safety and Health Bill (if passed) will provide for the establishment of an additional entity within the Queensland Government that focuses on its core function, there are many not convinced about the ‘workability’ of a new mining regulator or the public interest benefit given the new model is largely untested in the resources sector in Australia and internationally.

In 2016 and 2017 the Coal Workers’ Pneumoconiosis Select Committee (CWP Select Committee) conducted an inquiry into the re-emergence of coal workers’ pneumoconiosis (CWP) in Queensland. The Committee made a range of recommendations to the Queensland Parliament including the establishment of a Mine Safety & Health Authority. It acknowledged at the time that department structural changes ‘do not protect workers from risks to their safety and health.’

In August 2017, the CWP Select Committee tabled a draft Mine Safety and Health Authority Bill to parliament but the bill lapsed when the Queensland parliament was dissolved in late October 2017. It was not pursued by the next Labor government, despite Queensland Labor retaining power.

One Government former member told AMSJ “that at the time of the proposal there was significant traction on the improvement of CWP in the State and the dissolving of the CWP committee was necessary given that it had began to gain an intimate knowledge of the sector that some bureaucrats and politicians felt ‘uncomfortable’ about….it was gaining too much power and knowledge”

Another former inspector who spoke to AMSJ on condition of anonymity said “ultimately the creation of the new entity has been driven by the bad press Queensland Labor has received from the ongoing fatalities in the industry. A new entity will be like moving deck chairs on the titanic. A new mine safety entity won’t fix safety culture issues in the industry.”

“A new mine safety entity won’t fix safety culture issues in the industry.”

Many of the State’s powerful mining-related unions have supported the creation of a new mine safety regulator. The AMWU provided comments to the reviewing committee stating:

“The establishment of RSHQ as an independent statutory body to regulate safety and health in the resources sector is to be commended. For the first time, the approach will, in the Metalliferous Mining, Quarrying and Coal Mining sectors, see a consistent safety focussed approach applied. Such an approach will undoubtedly save lives and help to reduce the injury toll within the resources sector. The Independent Statutory body will, for the first time, put in place a regulator focussed just on safety and health. In these resources sector injuries both physical and those which come from long exposure to conditions such as very dusty dirty environments will benefit from such a focussed approach.”

The CFMEU has also come out in support of the Bill with Jason Hill telling the committee in the CFMEU submission:

“We do not believe that in an industry which is one of the state’s main exporters and the health-and-safety-related issues that the minister has split portfolios.

The establishment of Resources Safety and Health Queensland is certainly unique in Australia when it comes to mining safety regulation. But the model of operation is largely unproven both in Australia and internationally for regulating safety in the resources sector. Its’ true worth will no doubt be measured in the way it stems the death and injury toll across the State of Queensland.

With hundreds of high-potential incidents occurring in the industry every few months, the value of the model should be easily quantifiable in the not too distant future.

A copy of the Bill is available here