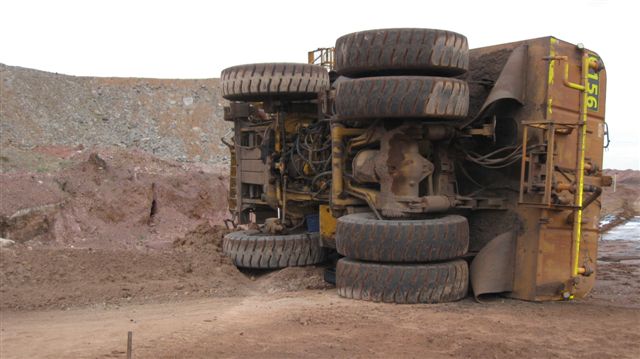 The NSW Resources Regulator has confirmed today of a water cart rollover at Mt Arthur Coal Mine. The regulator said that on Friday, 18th January, the mine operator at Mt Arthur Coal Mine, in the Hunter Valley, notified the NSW Resources Regulator that a water cart had rolled over, resulting in the driver being temporarily trapped. The worker was assisted from the vehicle and did not appear to sustain any significant injuries.

According to available information, AMSJ has confirmed that a 46-year-old mineworker was taken to hospital for tests after the rollover incident which reportedly occurred on a sloping pile of overburden around 10 am last Friday.

A BHP spokesperson described the incident as “minor” and involved a water carter.

BHP confirmed have since confirmed that the NSW Ambulance responded to the incident after an initial statement implying that the Ambulance service did not attend, the worker was not injured and “site paramedics have conducted standard checks”.

The NSW Ambulance said the service was contacted at 10.44am and responded. An Ambulance spokesperson said “It appeared to be a single-vehicle incident where the truck rolled. The patient was extracted from the truck. He received a minor injury to the head, a laceration, and has been taken to the hospital.”

Inspectors and investigators from the NSW Resources Regulator were deployed to the site to undertake the water cart rollover investigation on Friday.

Mt Arthur Coal Pty Ltd, owned by BHP operates the Mt Arthur Coal Mine 5 km southwest of Muswellbrook, NSW. The large, open cut mine uses a strip-mining method to remove overburden and coal by shovel and excavators. Haul trucks transport the overburden and coal to onsite processing and transport facilities. The mine is operated 24 hours a day, seven days a week. The mine produces coal for domestic and international energy sector customers.