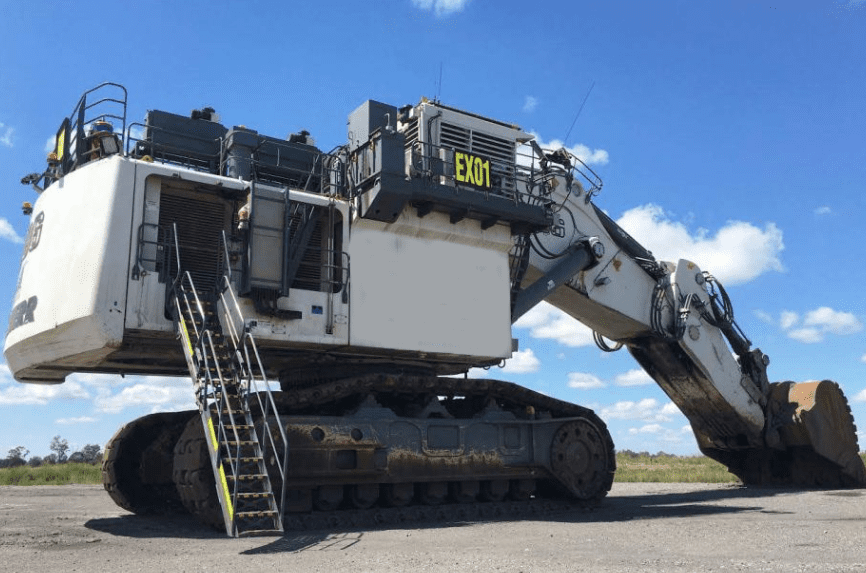 The death of a mine worker at Baralaba North Coal mine has highlighted the potential hazards of hydraulic access ladders on mining plant.

While the investigation into the death of Jack Gerdes at the Baralaba North mine is currently underway the mine operator has confirmed that it is believed that Mr Gerdes became caught between the body of the excavator and the safety rails of the stairs, sustaining injuries as the stairs descended.

Golding Contractors have confirmed that, at this point, it remains unclear as to how this sequence of events occurred and this remains the focus of the investigation.

In April 2018 a face shovel operator died at Griffin Coal mine in Western Australia after being crushed between a hydraulic access ladder and handrail of a Liebherr 996 face shovel.

The operator was found deceased on the shovel platform, crushed between the handrail above the emergency switches and the hydraulic access ladder, which had rotated down.

The circumstances of the April 2018 incident were defined following an extensive investigation by the DMIRS in Western Australia.

These circumstances appear to differ to the current Baralaba incident involving Mr Gerdes however, the hazards of hydraulic access ladders are known across the industry and there may be common learnings from the two incidents.

The fatal incident at Griffin Coal found a range of contributory causes including the isolation of ladders, position of the emergency stop switch, inadequate lighting, labelling of switches and procedures associated with shut down.

Following the incident, the WA DMIRS issued advice to the industry on the hazards of hydraulic access ladders including auditing of shovels and access ladders to identify the configuration of access ladders and stairways that could present crushing risks to workers.

One month following the fatal incident, the WA regulator urged companies to conduct a risk assessment of potential crush hazards from hydraulic access stairs including the safe positioning of switches, clearly labelling all switches and switch positions, providing adequate lighting for all tasks.

The Regulator warned mines that they should review safe operating procedures to include operation and reset of emergency related switches and ensuring that operators are trained in their use.

It is unclear if the Queensland Government has communicated the findings of the above incident to the state’s mining industry. A preliminary search of the Department’s site this morning did not reveal any recent documents on access ladders for mobile plant.

AMSJ has contacted Golding Contractors this morning to confirm the type of excavator involved in the recent fatality however, a spokesperson for Golding confirmed that the information would not be disclosed and is the subject of an investigation.