AMSJ » Not all level 5 cut protection gloves are created equally 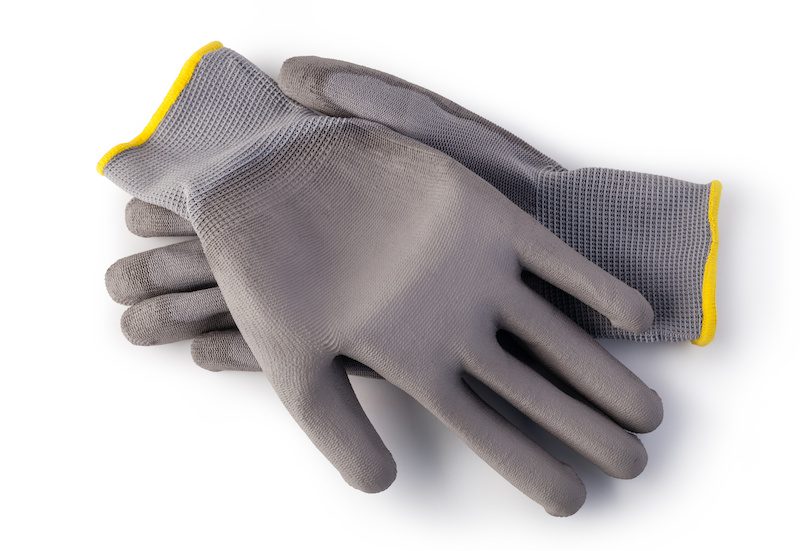 What is in a CE Level 5 Cut glove?
All CE Level 5 cut gloves are not created equally. Some offer a minimal level of protection for industrial applications, with many offering little resistance against spikes, burrs or jagged edges.

When it comes to cut resistance ratings on PPE, all Level 5s are not created equal. There is significant confusion in global markets because many glove manufacturers misrepresent how they test their gloves, and the standard does not provide clear direction.

In the European and Australian markets, gloves are evaluated according to EN388, the mandatory performance standard for all gloves. The cut test method, called the Coup test, uses a constant weight on a counter-rotating circular blade that is moved back and forth across a sample by the test machine. Ironically, this test, designed to measure cut resistance, is unsuitable for materials which have a high degree of cut resistance as the materials that contribute to cut resistance (glass fibres, steel or hard guard plates) tend to dull the blade and overestimate the real world protection provided by such gloves.

The U.S. uses a different standard developed by ASTM, method F1790-04 (similar to ISO 12997). This standard involves the interpretation of data obtained from putting varying pressure (weights) on a standardised razor-type blade and recording the distance the blade travels (at a constant speed) before cutting through. These two methods of testing are vastly different, which yield quite different results depending on the type of material being used to provide cut resistance.

Why is there such VARIABILITY in CE 5 scores?

When normalised, scores of gloves claiming to be CE Cut Level 5 gloves vary quite a bit. Why is this? There are several reasons such as testing consistency and material variability, but it is mainly due to hard materials like fibreglass and SuperFabric® dulling the blade, which leads to higher scores produced over time with the Coup test.

The range of performance that gloves can score and still qualify for a Level 5 is so varied, that many safety professionals require gloves to not only list their Cut Level, but to note their average Newton force. This is to ensure that worker safety requires a better understanding of the real cut protection a glove is providing.

How can we protect workers with PREMIUM PPE?

In field studies of injuries and the corresponding hand protection worn, many injuries can happen with PPE rated in the range below ASTM/ISEA Level 5 of 3569 grams (35 Newtons). This can be demonstrated easily with a razor blade (simulating sharp metal or glass) and how easily typical CE 5 gloves for example, will cut. As a result, many companies have adopted their own standards, specifying a minimum force, such as 3000 or 3500 grams – level 4 or 5 ASTM, that it takes to cut through the gloves. These standards are just a guide, with the profile of the hazard and actual use conditions also taken into consideration.

Many cuts begin with a PUNCTURE!

Cut resistance tests are just one element of what needs to be considered. Often punctures are misreported as cuts. A sharp edge, corner, burr, or other protruding hazards can penetrate the glove and scrape or cut the skin. With knit gloves, the hazard can actually poke through the open knit and cut the skin without cutting the glove. How does this happen? Depending on the density of the knit and gauge of the glove (the measure of the number of knitting needles per inch) and the thickness of the fibres, gloves may “window” and allow the knit to spread apart, thus allowing a sharp point or blade to cut the hand. Plating with small guard plates such as in HexArmor® products reduces this effect, as the plates shield the knit structure from the hazards. The plates also lock in the knit and don’t allow the knit to window as in traditional gloves.

Abrasion resistance is also a critical factor in preventing hand injuries. In fact if a glove fails too early due to wearing through from an abrasive hazard, the skin is quickly exposed to cut hazards. So the higher the abrasion level, the higher the level of protection from not just abrasion, but from cut and punctures.

Wind-up in some materials can be caught in machine parts such as rotating grinding wheels or drills and sanding materials. This can pull the hand or finger into the equipment and cause severe injury to tendons, muscles, and ligaments. Protective gloves that prevent or reduce wind-up risks are available and can be used where risks are present.

Fit plays a part in the level of protection. Gloves that are too tight may cut easier as many of the fibres used for cut resistance use a rolling action to increase cut resistance. When these fibres cannot roll, such as when they are stretched from an ill-fitting or wrong sized glove, they can “lose” some of their cut resistance. An example from the kitchen demonstrates this simply: “Put a cucumber on a cutting board and take a very sharp knife. Try to cut the cucumber with a sawing motion without holding the cucumber. It just rolls and does not cut. Now hold that cucumber and do the same thing. It cuts very easily.” Tight fitting gloves can perform like the immobilised cucumber, whereas loose fitting gloves can be a hazard for catching or snagging on tools and equipment.

Coating impacts cut resistant gloves that use cut resistant fibres. Once the coating is applied, the rolling and twisting that helps the fibre achieve its cut resistance can be reduced. Most coated gloves have a higher cut resistance on the back of the hand than on the palm because the fibres are not coated, although glove performance is usually measured by testing the palm.

Grip is also important. Using grip that is not appropriate for the job can lead to higher injury rates as objects with sharp edges slip, causing slicing motion on the gloves. As well as higher ‘cut’ incident rates contributed by poor grip, there are also additional injuries that occur through smashes and crush.

What to do when EVALUATING gloves

With all of this confusion (what tests are relevant today, what performance factors to consider) in the PPE market, what can be done to make sure that as safety professionals, we pick the best gloves for the job? In some opinions based on real world tests, the Coup test is not a relevant test for today’s materials. An oscillating blade with a mere 500 grams of force (1.1lbs) is not relevant to, for example, an automotive worker moving sheet metal fenders and body panels. The ISO and ASTM tests offer a better approximation of what you are going to find in a real-world work situation. That, combined with an assessment of “other factors” mentioned above is what is needed for picking the correct PPE. To achieve the best outcomes, the following recommendations should be considered: 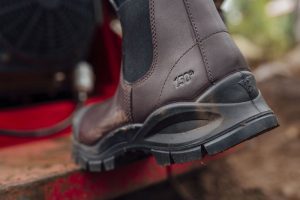 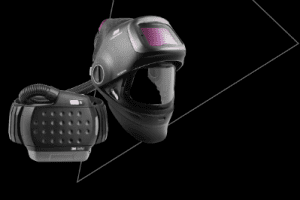 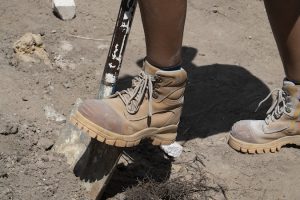