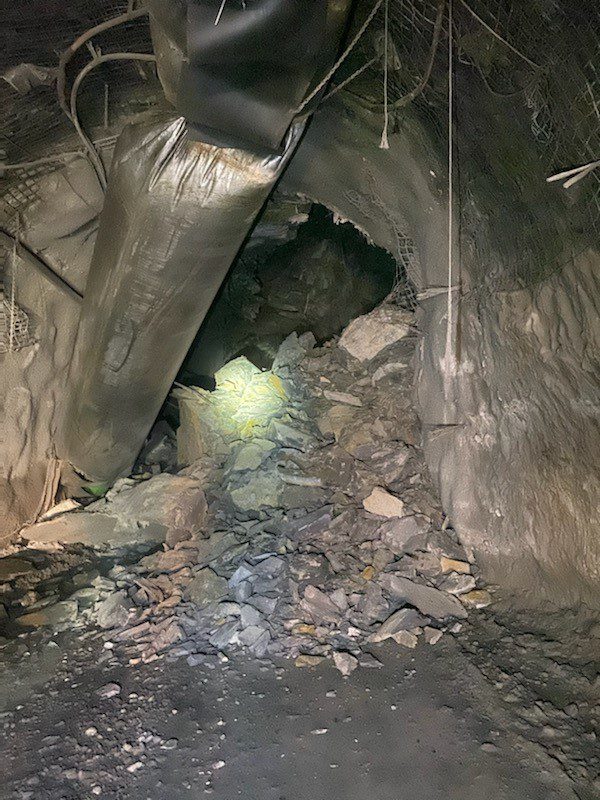 A rockfall at a NSW underground metalliferous mine trapped a loader and a light vehicle with a worker inside the vehicle.

According to the NSW Mine Safety Regulator “The worker first heard, then saw the fall of ground about five to 10 metres away. The worker reported the fall and exited the level via the escape ladder behind where the vehicle was parked. Neither of the machines were damaged.”

The Regulator has made several recommendations to the industry regarding the rockfall traps mine vehicles incident.

It said when developing strata TARPs and support plans, mine operators must consider the predicted stress regime of the surrounding strata through the full lifecycle of a driven roadway.

“This incident shows the importance of mine operators establishing and maintaining secondary escapeways.” the NSW mine Safety regulator said.

The incident was one of 89 reportable incidents this week in NSW mines.

In another ground control-related incident at a metalliferous mine, a teleoperated LHD was recovering a buried LHD from a stope when a fall of ground occurred in the recovery drive that resulted in the recovery LHD being buried.

The Safety regulator said that the fall of the supported ground was about 2000 tonnes of material.

No workers were in the vicinity when the fall occurred.

It said that “Investigations at the time of writing suggest the fall may have been related to shot firing, which occurred about two hours earlier in a stope two levels below where the fall occurred.”