AMSJ » What is the status of the Pike River mine re-entry? 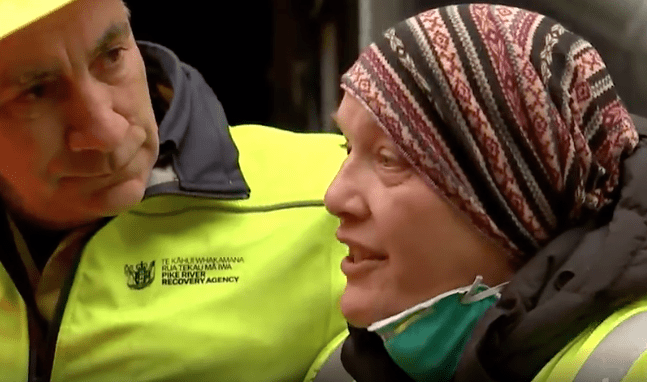 Many across the international mining industry have been asking what is the status of the Pike River mine re-entry?

The current delays regarding the re-entry to the mine have been largely based around the Pike River Recovery Agency seeking an exemption from New Zealand’s mining regulations that require the mine operator to ensure that the mining operation has at least 2 exits trafficable on foot (escape ways) to the surface that are separated.

Minister Responsible for Pike River Re-entry Andrew Little said this week that “Fresh air will be pumped into the Pike River Mine drift this week, following acceptance of the plan for re-entry beyond the 170m seal by New Zealand’s independent health and safety regulator WorkSafe.

“The Pike River Recovery Agency has planned a safe, manned re-entry and recovery of the drift past the 170m barrier, with input from local and international experts. The next step is advancing safely up the remainder of the 2.3km drift and carrying out forensic examinations along the way.

““As previously announced, the plan includes an exemption to one aspect of mining regulations[1] which has been approved by WorkSafe under existing law[2]. The Agency was required to demonstrate its plan was as safe or safer than the regulation.

Sonya Rockhouse, spokesperson for the families of the disaster victims told One News NZ

Families have argued for many years that the mine could have been entered safely.

How will Pike River Recovery Agency control the atmosphere in the mine drift when the 170m barrier is removed?

The first, a Rocsil “plug” remotely inserted using boreholes close to the roof fall was completed in early November; with two other confirmed VCDs (and possibly more) planned for the future – one inbye Pit Bottom in Stone – this seal will provide a stable atmosphere for an extensive investigation of the hundreds of metres of tunnel and mining infrastructure housed in the pit bottom in stone area; and the second just outbye the Rocsil plug.

What detailed information is available regarding the ventilation of the mine drift at Pike River mine?

That information will be updated on the Agency website as soon as the exemption decision has been gazetted by WorkSafe. Search “ventilation” at www.pikeriverrecovery.govt.nz.

How long will the Pike River mine re-entry project take?

The project is event-driven rather than time-driven and will be done safely. There are still significant unknowns. 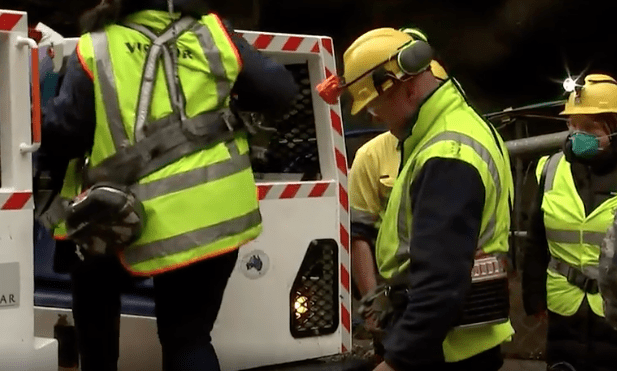 What were the documents submitted to WorkSafe New Zealand on Friday 13 September?

These documents will also be available on the Pike River Recovery Agency website after the exemption decision has been gazetted by WorkSafe.

Why did the Pike River Recovery Agency require an exemption to enter the mine?

Regulation 170 (4) (a) of the New Zealand Mining Operations and Quarrying Regulations 2016 requires that there must always be an ability for workers to escape from a mine in an intake airway.

The Pike River Recovery Agency sought an exemption to use a process called ‘forced ventilation’ in which fresh air is forced by a fan to the working space through a duct and then the air flows back (called return air) through the roadway to the entrance of the mine.

The Pike River Recovery Agency considers, based on advice it has received, that this approach is the best and safety option for the project.

WorkSafe New Zealand undertook a detailed review of the Agency’s exemption request and determined that worker health and safety outcomes were at least equivalent to the outcome of adhering to the regulation itself. WorkSafe was satisfied that the PRRA request met all legislative requirements for the granting of an exemption.

What was the cause of the Pike River mine disaster?

A Royal Commission into the Pike River Mine Disaster found the immediate cause was a large methane explosion. A group of mining experts assembled by the police and the Department of Labour (DOL) concluded that a substantial volume of methane fuelled the explosion.

The area most likely to contain a large volume of methane was a void (goaf) formed during mining of the first coal extraction panel in the mine. The report said that “A roof fall in the goaf could have expelled sufficient methane into the mine roadways to fuel a major explosion. It is also possible that methane which had accumulated in the working areas of the mine fuelled the explosion, or at least contributed to it.”

What is the likelihood that the bodies of the miners who died in the Pike River Mine disaster will be recovered?

The Pike River Recovery Agency will not proceed beyond the mine’s drift and a roof fall near the end of the drift at an area known as Spaghetti junction.

One Survivor, Daniel Rockhouse, was 500m up the drift when the blast occurred. The last known location of the men who are believed to have perished from the explosion placed them in the mine workings beyond the roof fall. Pike River Recovery Agency said that “it is unlikely that we will recover human remains”

However, it added that “Approximately 1600m of the drift has been examined using robots and camera footage, and about 600m is unexplored. Given it was shift change at the time of the explosion, with men going in and out, there is a possibility that human remains could be found in the drift.”