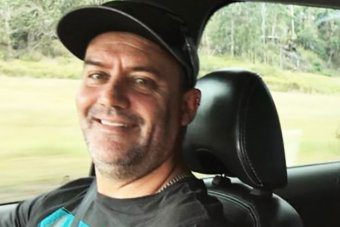 The widow of a fallen miner has spoken publically regarding her pain and anguish since the death of her husband at Anglo American’s Moranbah North mine.

In a public statement released to Mackay’s Daily Mercury, Lisa Hardwick (widow of mine worker Bradley Hardwick) fatally injured at the Moranbah North mine said she still feels the ‘shock and sadness’ on a daily basis.

Lisa Hardwick told her local newspaper that the grief from her husband’s sudden death had made simple tasks, such as dropping her children to school, a challenge.

“That shock and sadness is still felt on a daily basis,” she said.

“As a mum who is now raising our two beautiful children alone, I have had very real fears of dying with my own couple of health scares last year.

“We very much live in survival mode, and initially that was the focus, just get through each day the best you can.”

Only hope is that mining deaths stop completely

Mrs Hardwick told the Mackay Daily Mercury that she heard of other fatalities in the industry and her only hope for the industry was for the mining deaths to stop completely.

“The other fatalities that have occurred this past 12 months and longer are just horrendous … I usually hear about them from a family member or friend,” she said.

“This is when I scream and cry ‘not again’ and fall in a heap on the floor.”

AMSJ has been contacted by a range of families of fallen miners over the past 18 months regarding processes used by both regulators and corporates associated with the management of family information and post-incident responses. Many affected families have highlighted the need for improvement in processes to manage information and family expectations following fatal workplace deaths.

Families of tragic workplace accidents often experience post-traumatic stress disorders together with a range of other conditions that affect their health and well being.

In our latest PRINT EDITION, we have published a technical research article that also highlights the requirements for improved information and support for family members.

On 20th May 2019, Queensland’s mine safety inspectorate released a Safety Bulletin “Engineering and maintenance of mobile plant braking systems” which highlighted concerns held by the Regulator regarding the maintenance and management of hydraulic systems across a range of vehicles.

AMSJ published a range of information on the incident in which Mr Hardwick was fatally injured however retracted the information following repeated requests by Anglo American to AMSJ management.

Read related “The Ethics of Corporate Spin in Work Safety”