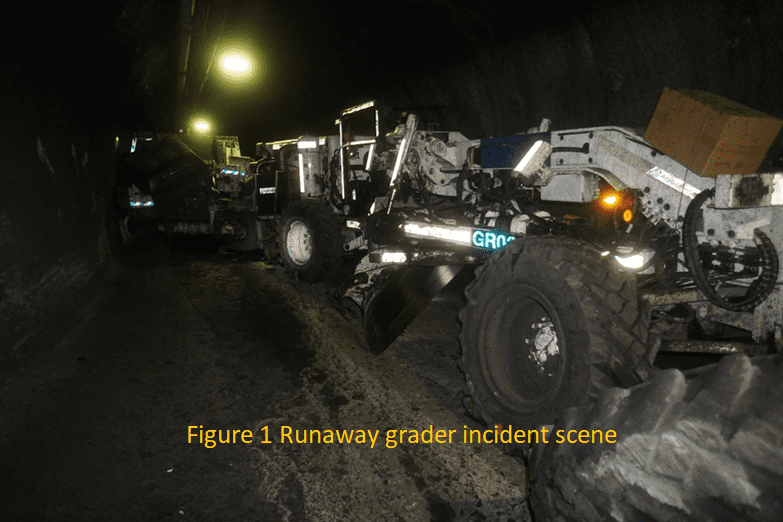 Anglo American will face charges in the Clermont Industrial Court over the death of long term mineworker Bradley Hardwick in February 2019. The charges relate to alleged breaches of the Coal Mining Safety and Health Act 1999 by the company at the Moranbah North mine.

According to information supplied by the Queensland mines department, Bradley Hardwick was struck by a runaway grader he had been operating at the mine and died following injuries sustained in the incident. Immediately following the mining incident, a serious collision also occurred between the runaway grader and a personnel carrier in the men and materials drift of the underground coal mine. The injured personnel were airlifted from the mine site but were later released following a medical assessment.

The Australian Financial Review has reported that “Sources with knowledge of the probe said one aspect of the prosecution was the incident had been caused by an alleged failure to develop and implement a system for testing a park brake independently of service brakes.”

AMSJ understands that the grader involved in the incident was a cut down version of a Caterpillar 12G which had been modified extensively from the OEM build.

In May 2019, some three months following the incident, the Department of Natural Resources Mines and Energy issued a general statement highlighting the need for mines to review braking systems on mobile plant.

According to the Australian Financial Review, Anglo briefed staff on Monday about the charges. “It’s very early in the legal process and we will be seeking further details to respond to the conclusions reached by the department and the evidence upon which those conclusions are based,” an Anglo spokeswoman said.

“The safety and wellbeing of our people is our priority. “

Anglo American recently stated (in a submission to a Queensland Parliamentary Inquiry), “Safety is a core value for Anglo American and we are working across our global operations to eliminate fatalities in our business through a comprehensive program, which draws on international best practice, technology and improvements in safety culture.”

The announcement of the charges against Anglo American has come just one week after the Lisa Hardwick, partner of Bradley, went public about the shock and sadness she had faced since the sudden death of her husband. Two weeks ago an inquest into the death of mine electrician Paul McGuire heard that an Anglo American risk assessment failed to identify fundamental risk which resulted in the death of the mineworker.