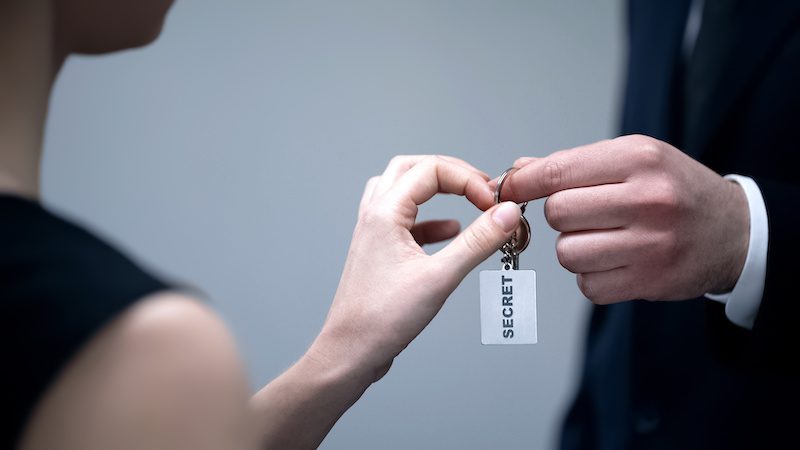 Dr Ray Parkin OAM shares his thoughts on the impacts of Legal Privilege on mine safety practice and the potential legal privilege implications as industrial manslaughter laws are introduced by the Queensland Government.

Dr Ray Parkin OAM shares his thoughts on the impacts of Legal Privilege on mine safety practice and the potential legal privilege implications as industrial manslaughter laws are introduced by the Queensland Government.

This article will discuss the reasons why the industry has been unable to share safety information since the Gretley Inquiry. The author spent 7 years researching safety in the mining industry including this subject at the University of New South Wales to find the answer.

The last significant mining inquiry to be held where the industry was allowed to share safety information was at the Moura No 2 Inquiry which is 25 years ago.

An inquiry into the nature and cause of the accident was convened at Gladstone in Queensland in October 1996 before the Mining Warden and four persons having practical knowledge and skills in the mining industry who were not connected with Moura No 2 coal mine where the accident occurred. The author was one of the four reviewers who assisted the Warden.

The objective of the Inquiry was to find out;

The first occurred at Kianga Mine in September 1975. Thirteen miners died from an explosion, which was found to have been initiated by spontaneous combustion. The mine was sealed and the bodies of the men were never recovered.

The second occurred in July 1986 at Moura No 4 mine when 12 miners died from an explosion thought to be have been ignited by a frictional ignition or a flame safety lamp. The bodies of the miners were recovered.

The third disaster occurred in August 1994 at Moura No 2 mine as a result of an underground explosion caused by spontaneous combustion.

Given this tragic loss of life, it was inevitable that the inquiry into the Moura No 2 disaster would be the focus of considerable public attention and concern. An inquiry was set up into the accident which placed the operations, the management and the events leading up to the explosion at Moura No 2 under the closest possible scrutiny.

The inquiry took approximately 13 weeks to complete its findings. A total of 66 witnesses were examined and 300 exhibits were tendered. The transcript of evidence heard at the inquiry comprised 5200 pages.

The Moura Wardens Inquiry report took approximately two years to complete, it made 24 recommendations, which encompass sixteen subject areas, which were aimed at preventing the occurrence of a similar incident.

All the recommendations have been fully implemented with one exception and that is the Mines Rescue Vehicle which has received several ACARP grants and is currently in the process of being finalised.

The implementation of these recommendations transformed the safety systems and culture in mining industry.

There were no prosecutions of either the company or any individual at Moura No 2. This is the main reason why the inquiry was able to find out what really happened and as a consequence, all the facts were available without legal privilege getting in the way to prevent a recurrence of the accident.

The author was very privileged to serve on the Moura Inquiry: however, he found it to be one of the most difficult tasks that he had undertaken during his many years in the mining industry.

Gretley mine disaster becomes a catalyst for legal privilege

The accident at the Gretley Mine occurred on the 14 November 1996 at the Newcastle Wallsend Coal Company (NWCC), four men of a team of eight were in the process of developing a roadway with a continuous miner weighing between 35 and 50 tonnes which inadvertently broke through into flooded workings of an old abandoned mine and the four miners died in the inrush of water.

After two years of the judicial inquiry into the 1996 Gretley disaster, the New South Wales Government started the process of prosecuting the Newcastle Wallsend Coal Company, and its parent company Oakbridge Pty Ltd and several of its managerial staff.

The current approach to prosecution has resulted in the common use of legal professional privilege which inhibits safety investigations and causes a defensive rather than a proactive safety culture. This impedes the timely sharing of information within the industry to help prevent recurrence of incidents.

Resulting from the Gretley Inquiry the NSW prosecution policies precipitated a seething dispute between the NSW Minerals Council and the regulator and the unions.

For the first time, the companies and management were prosecuted. As a direct result, companies now elect to apply Client Legal Privilege – After a serious injury mining companies are advised to be careful about giving information regarding the incident in order to protect the legal position of its employees, managers and directors. If this is the case how can the root causes of accidents be investigated?

The reasons for this are as follows

This attitude promotes a defensive culture where the respective parties are encouraged to seek client privilege. To understand what “Client legal privilege” means in terms of finding out the facts regarding an incident or accident the following statement explains the situation:

“Documents produced for the purpose of obtaining legal advice or in the anticipation of possible prosecution may be subject to client legal privilege. This means there is a basis to say those documents do not need to be produced to the inspector or to a court or a tribunal”

Companies are advised by the legal profession to be very careful about generating reports about the incident or accident. Employees are encouraged not to write written documents in relation to accidents without the prior approval of the manager, because they may be damaging to the company’s legal position and the legal position of its directors, managers and employees. The prosecuting authority must prove its case beyond reasonable doubt. It is not for any company or individual facing prosecution to help prove the case against them. It is the inspector’s responsibility to carry out the investigation.

Very often, the first person on the site of an accident or incident these days is the company lawyer who then effectively takes charge of the investigation with consequent lock up of vital information. The following cartoon says it all.

A CFMEU senior safety person commented that two mining companies were prepared to share safety information at a recent Queensland Health and Safety Conference regarding two serious recent incidents in Queensland, but was stopped by the company lawyers (due to Legal Privilege)

It is very gratifying to know that all the Moura No 2 recommendations have been implemented and that the industry is a much safer than it was in August 1994. However having said that, the industry must not rest on its laurels and must continue to learn the lessons of the past and continue to ensure that safety is the number one priority.

These issues are the main reason the author carried out his research, since “How is it possible to investigate a fatality or serious injury if all the information is not available to do so”.

Has the industry learned the lesson’s regarding catastrophic risk at Moura?

The number of fatalities, serious bodily injuries and high potential injuries in Australian mines are unsatisfactory according to community standards. People are still being killed and there is little evidence of a sustained improvement trend over the last decade particularly regarding fatalities. In discussion with CEOs and mine management in Queensland regarding prosecutions after the Gretley decision, it is the overwhelming view that management personnel believe that they are guilty until they can prove their innocence.

Mine management wants the legislation to change such that in the event of a prosecution, management personnel are innocent until proven guilty, as is the case with civil prosecutions. Prosecutions should only occur in cases where a mine worker/manager has acted wilfully or recklessly if this was the case, it would transform safety accident investigation so that the industry could return to a no-blame culture, as it was at the Moura Inquiry.

These issues have been discussed with The Inspectorate in Queensland, Queensland Resource Council, CFMEU, and presented at the Queensland Health and Safety Conference.

The Queensland Government’s proposed new industrial manslaughter laws will only exacerbate the use of legal privilege. Although the Queensland Resource Council has lobbied to successfully quarantine mining from these laws it will cast a long shadow on fatal accident investigations.

When are we going to stop legal privilege from sharing safety information in the mining industry?

How is it possible to conduct an investigation into an accident if the people conducting the investigation are not in possession of all the facts in order to prevent a recurrence of the accident?

Dr Ray Parkin OAM. PhD. ME. FIMMM, CEng. FAusIMM is a senior professional with an extensive background in the mining industry both in the UK and Australia; in 2006 he was awarded the OAM for services to Mine Safety and Rescue. He was a panel member of the Wardens inquiry into the Moura disaster. He has widely diversified skills across the industry. In late 2016 he completed a PhD at the University of New South Wales in Mine Safety.