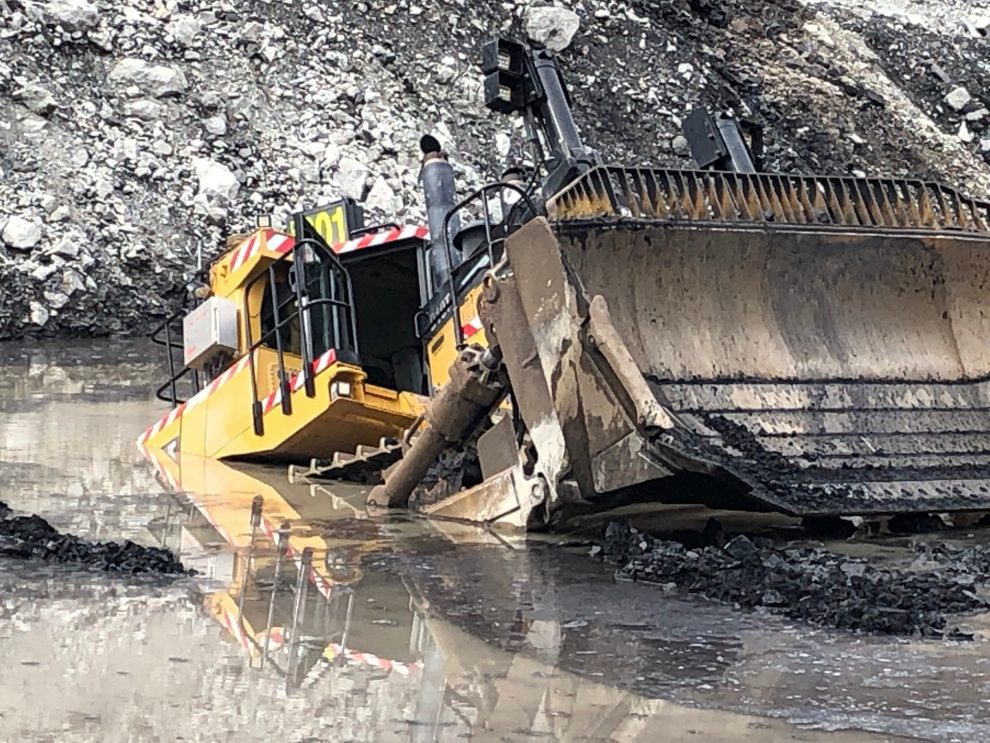 An incident involving a mining dozer at a New South Wales mine this past week has once again re-inforced the risks of operating dozers around bodies of water.

A range of high potential past incidents across the mining industry over the last several years has previously highlighted the high probability of a fatal incident while working around bodies of water.

LISTEN TO THIS ARTICLE

In the latest incident, the operator sustained minor injuries while escaping from a partially submerged dozer.

According to the NSW Resources Regulator, “an operator’s wrist was cut while trying to get out of a partially submerged, bogged dozer. The operator lost footing, reached out and grabbed the dozer blade. A burr on the blade caused the cut, which needed four stitches. The area where the incident occurred was very confined, and the site had received about 160 millimetres of rain overnight.”

The Regulator says that operators should review and update site procedures for managing bodies of water on site. Geotechnical consideration should be given to the potential for voids, slumping and subsidence areas to form, particularly following significant rainfall.

The Regulator says “The potential for drowning in a submerged vehicle must be considered in such circumstances.”