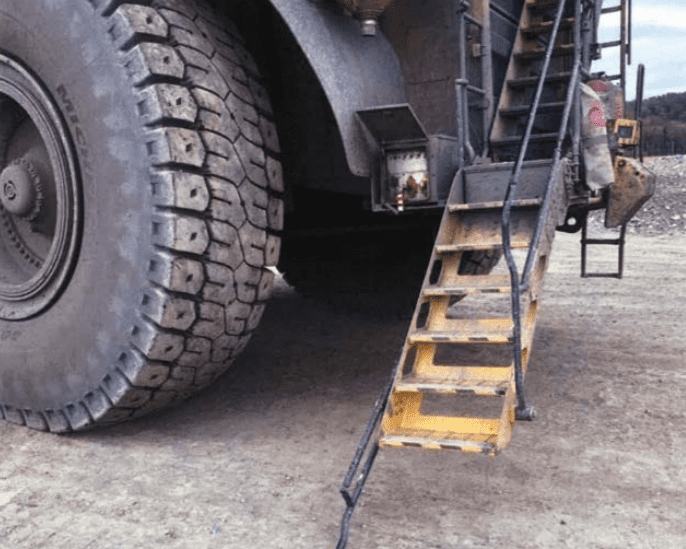 The NSW Resources Regulator has released details of a February 2020 incident that occurred at the Peabody Energy Wilpinjong Coal mine where an operator fell from the third or fourth step of the lower section of the access ladder on a Caterpillar 789D after an access ladder collapsed due to wear on pivot points.

The operator reportedly fell approximately 1 to 1.5 metres to the ground and sustained arm and leg fractures.

The Regulator said that “initial indications are that the handrail failed as a result of wear on the pivot points connecting the lower fixed and moving handrail sections.”

It said that following an inspection of the mine’s haul truck fleet, similar defects were identified on six other haul trucks at the mine. Several days later, a further defect was identified on the access ladder of a different haul truck during a routine inspection by an operator. This also resulted in a failed handrail, however, did not cause injury.

The incident highlights the risk from operators falling from height from mobile plant.

The NSW Regulator said “it is a foreseeable risk and adequate measures should be put in place to control the risk. The provision of safe access equipment on mobile plant is a critical control measure to reduce the risk of falling from mobile plant.”

Mine personnel should review:

The access ladder incident comes following the death of operator at the Queensland Baralaba mine last year where the operator was caught in the ladder while attempting to retract it. A report has not been issued into the incident.

The father of the operator has highlighted his concerns about safety in the Queensland industry in a recent video interview with AMSJ.