AMSJ » Broken Queensland mine safety system on the radar for LNP 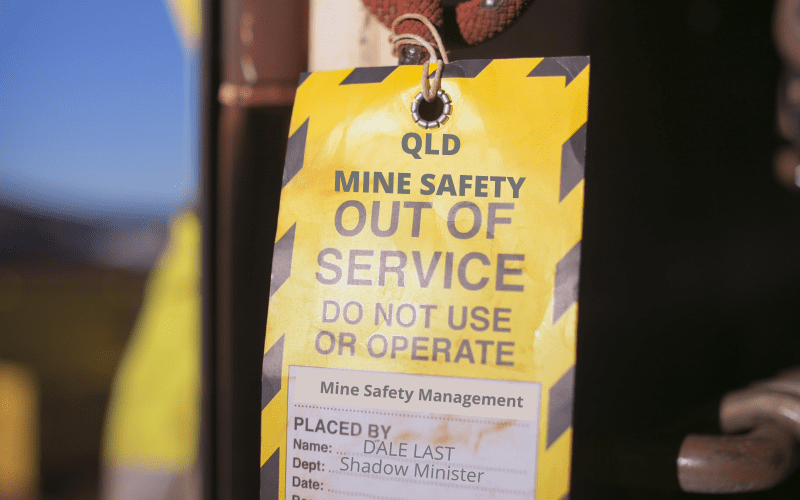 Queensland’s historical failures in mine safety have been flagged by the Queensland LNP as an important issue for a new Queensland Government.

Speaking on the recent hearing delays to the Queensland Board of Inquiry, Member for Burdekin and Shadow Minister for Natural Resources and Mines, Dale Last highlighted that the delays were an indicator of another flawed system in Queensland’s mine safety.

The recent failings of the Queensland Labor Government have been highlighted by Last who has been a staunch advocate for improvement in mine safety conditions throughout the State. Twelve months ago, Last called for a parliamentary inquiry into the spate of accidents but the move was rejected by Queensland Labor and the Katter Australia Party.

Mr Last said the current delays into the Grosvenor mine explosion were unacceptable, causing the Inquiry to drag on ad nauseum.

“This delay is the latest episode in Minister Lynham’s failures to live up to his word,” Mr Last said.  “The Minister is retiring from politics and the question now needs to be asked whether this Inquiry has been pushed out deliberately to stay away from the upcoming election.”

North Goonyella mine fire | Off the radar for Queensland Government

Mr Last indicated he has remained concerned why a satisfactory investigation into the North Goonyella mine fire was not completed by Queensland Department of Natural Resources & Mines.

In 2018 Peabody Energy’s North Goonyella mine fire resulted in closure of the mine, loss of jobs and the loss of royalties in the hundreds of millions of dollars to the State of Queensland.

AMSJ has previously provided a range of commentary on the North Goonyella mine fire and the extensive range of failings of Government to manage the issue. You can read our Archives on North Goonyella here.

Mr Last said that “The investigation into North Goonyella has gone nowhere for years because some witnesses, including government staff, won’t give evidence.  We have learnt nothing from that investigation, and I would hate to see the work to date of the Board of Inquiry vanish down the drain in the same manner.”

Sick mine safety system in need of repair

Mr Last said that, while he was a doctor, the delay to the inquiry meant Minister Lynham was leaving behind a system that was “sickly at best” but that it was workers who were actually at risk.

“Just like the systems the Inspectorate is expected to use, Minister Lynham’s attitude is out of date,” Mr Last said.

“Instead of thinking outside the square to ensure we can protect legal rights and continue the inquiry, Minister Lynham is happy for yet another roadblock to be put in place.”

“If there is a need to ensure people’s legal rights aren’t compromised, perhaps we need to look at some closed hearings so the Board Members can hear the evidence.  It wouldn’t be the first time we have had witnesses whose identities have been protected when giving evidence and, frankly, we need to get moving on this now… not in six or 12 months.”

Labor may be seeking to bury findings before Queensland election

“It is becoming more and more clear that Labor does not want the findings of this inquiry to be made public before the election.  Minister Lynham attacked me in parliament last week for asking if the interim report would be made public and, once I put the pressure on, he caved in.”

“Mine safety obviously needs a lot of work and, while we have some direction, the final recommendations of the Board of Inquiry will form an essential part of fixing these issues.”

“Issues surrounding the resourcing of the Inspectorate and competencies in the industry have already been put under the microscope but there is obviously more to come.”

“Minister Lynham attacked my calls for the interim report because he did not want to make it public that he and Labor have overseen a system that has failed our miners on far too many occasions.”

The CFMEU has come out in defence of Lynham despite rampant rumours that two senior CFMEU official threatened to withdraw funding for Queensland Labor if Lynham didn’t go. On the surface at least, Lynham has been lauded as a true labor hero despite overseeing the deaths of mineworkers in the state and systemic government failures in the management of mining safety including black lung, increases in mineworker compensatable injuries and the spate of deaths.

In a statement released CFMEU Mining and Energy Queensland President Stephen Smyth said he was disappointed to hear of Minister Lynham’s retirement from politics at the upcoming election.

“We have certainly had a robust relationship in the face of major issues in our industry like the re-emergence of Black Lung and a string of tragic fatalities,” said Mr Smyth.

Smyth said that Lynham had always listened to the perspective of workers, treated workers’ concerns seriously and taken action to address them – often in the face of enormous pressure from mining companies.

But Smyth acknowledged the state of dismay in Queensland’s mine safety stating “There is much more work to do to clean up Queensland’s mining industry, prevent unacceptable injuries and fatalities and give mineworkers the safe workplaces they deserve.

Mr Smyth said the Union would urge all candidates in the upcoming election to commit to further mine safety reforms including independent medical assessment for mineworkers and independent dust monitoring for coal mines.

Dale Last agrees saying that safety reforms are urgently needed to the Queensland mine safety system“When it comes to mine safety, knowledge is power and, where lives are at stake, we need to ensure we use every ounce of power we have available.”

“We also need to use that power in a timely manner, and I fear that delays like this will also hold up practical changes that could save lives” he told AMSJ.